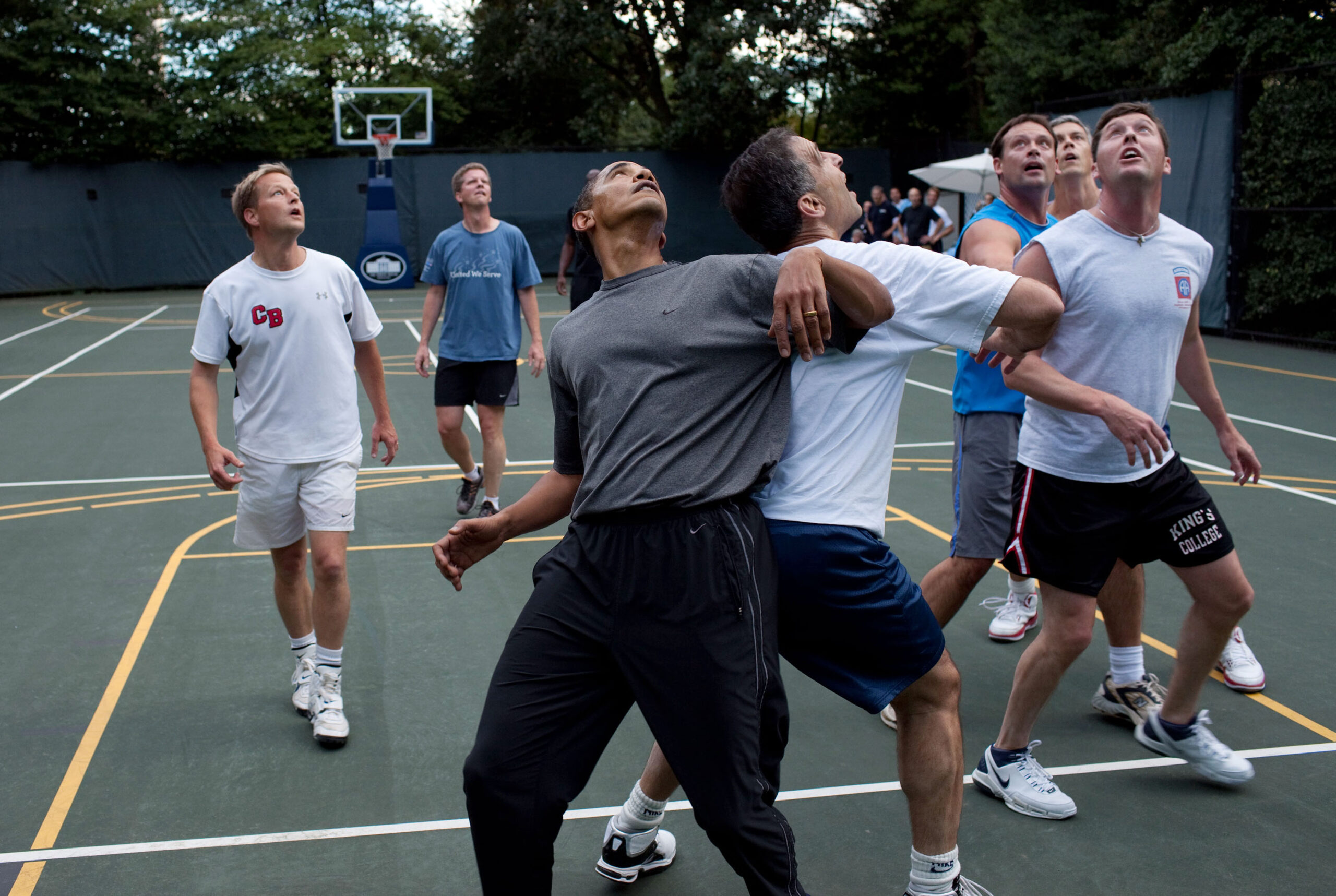 I was at dinner the other night, and got a question I get all the time:

Here we go again, another Obama basketball question. First, let me explain how I even knew Barack Obama:

I attended the University of Chicago from 1995 to 1998. This happened to coincide with the period that Barack Obama was a lecturer at the law school. I was an undergraduate and had a lot of free time (there is nothing to do at the University of Chicago except study, because the social life is AWFUL), so I spent much of my free time at Henry Crown Fieldhouse playing pick-up basketball. Many professors played in those pick-up games, including one Barack Obama.

I casually mentioned this fact in passing somewhere in my second book (Assholes Finish First), and from that one line, I have been asked about playing basketball with Obama probably 500 times. People are obsessed with this small fact about my life, and pepper me with questions about him.

The problem is that I cannot answer them, because I didn’t know Barack Obama as a person, only as a basketball player. We knew each other socially, but only in the sense that you know someone who you interact with everyday but never actually befriend. We played together a lot, so we recognized each other and were always friendly; he’d always say hi before games, or the nod at me during the random times we’d come across each other on campus, but we were not friends in any close meaning of the word. I have no secret insight to him as person, because the fact is, he probably fouled me more times than we had conversations.

So when asked what it was like to play basketball with Obama every day, I usually give some facsimile of that answer–that I only knew him as a pick-up player and not as a person–and people leave it at that.

This person did not. She knows basketball very well, so she pressed me:

“Tucker, if you played basketball with him that many times, then I’m sure you knew his game and his tendencies. Give me the scouting report on him as a player.”

The scouting report on Barack Obama’s pick-up game skills? That I can do. These are some of the things I said:

“First thing: He’s a solid basketball player, one of the best professors who played with us. He’s not great, but he isn’t just out there for show. He can play a little.”

“But I didn’t fear him at all, not as a defender or a offensive player. I knew I could check him. I knew he couldn’t stop me. I couldn’t leave him as a defender and roam the perimeter for steals, but if I stayed close to him, I would shut him down without much problem, and that was true for most of the undergrads who were good.”

“I do remember that he had a good understanding of the game. He knew when to backdoor cut, how to pick and roll, when to take his man away so you could drive, how to block out for rebounds, etc. And he would hit open jumpshots if left alone. He was not some doofus out there trying to get exercise. He understood the basics of basketball very well, which is better than most people who play pick-up. Just this knowledge of the game made him fun to play with.”

“But the thing is, even though he knew the basics and could execute them, his performance wasn’t anything beyond that. He didn’t have what basketball players call ‘old man game.’ Old guys who have that know every trick, use every advantage, and kill your youth and quickness with their guile and strength. That wasn’t Barack. He would beat you if given space, but if you played even half decent defense on him, you could take him out of the game.”

“He played point guard a lot, but I don’t remember him as a dominant court leader, controlling the flow of the game. I cannot ever remember him being anything other than a solid player, someone who understood the game well and did most of the right things, but never did much of anything to stand out. I can’t think of a game winning shot he hit, or a game he just took over, or anything like that. Then again, I can’t think of him blowing a game either, or making some horrible mistake. He was just a very good role player to have on your team.”

“Weirdest thing about him–I always thought he would be better than he was. I mean, here was this guy, in good shape, relatively young (mid 30′s at the time, I think) clearly likes and knows the game, and is black (so there’s the quasi-racist assumption that he’s good at basketball)…but he was never that great. Even after I knew the limits of his game, I always half-expected one day he would just decide to turn it on and light everyone up, but it never happened. He had everything that you’d think would make him great, and he definitely looked the part, but he never really turned that look into serious production in an actual game. I saw so many people pick him first, and then get burned because he didn’t play up to that pick. He was a great third option for your team though, like a Ron Harper to Jordan and Pippen.”

“He never called BS ticky-tack fouls. But he also didn’t let you hack him. He was fair. He never really complained about anything–like when other people called borderline fouls for instance–unless it was an obvious wrong call, then he would say something. But only like a reproachful father. Not an arguer at all, and he was always nice, even when he was correcting you. He never made you feel bad about yourself or anything like that. He was always a very nice, sincere guy, to everyone.”

“I guess the thing that sticks out most about him is that he was always an adult. If there was some conflict on the court, over a foul called or ball out of bounds or something like that, he was always a voice of calm and reason. He was an adult before he was a basketball player. He never got wrapped up in the outcome of the game, like some people who play as if its life or death. He tried hard, but never crossed the competitiveness line, he was always under control. I can’t ever remember him rattled, like some of the other professors would get.”

I said all of this at dinner, dispassionately laying it out like it was a scouting report. Then the woman said,

“Um, you just described his Presidency.”