Pass the Beer: In Defense of “Fratire” 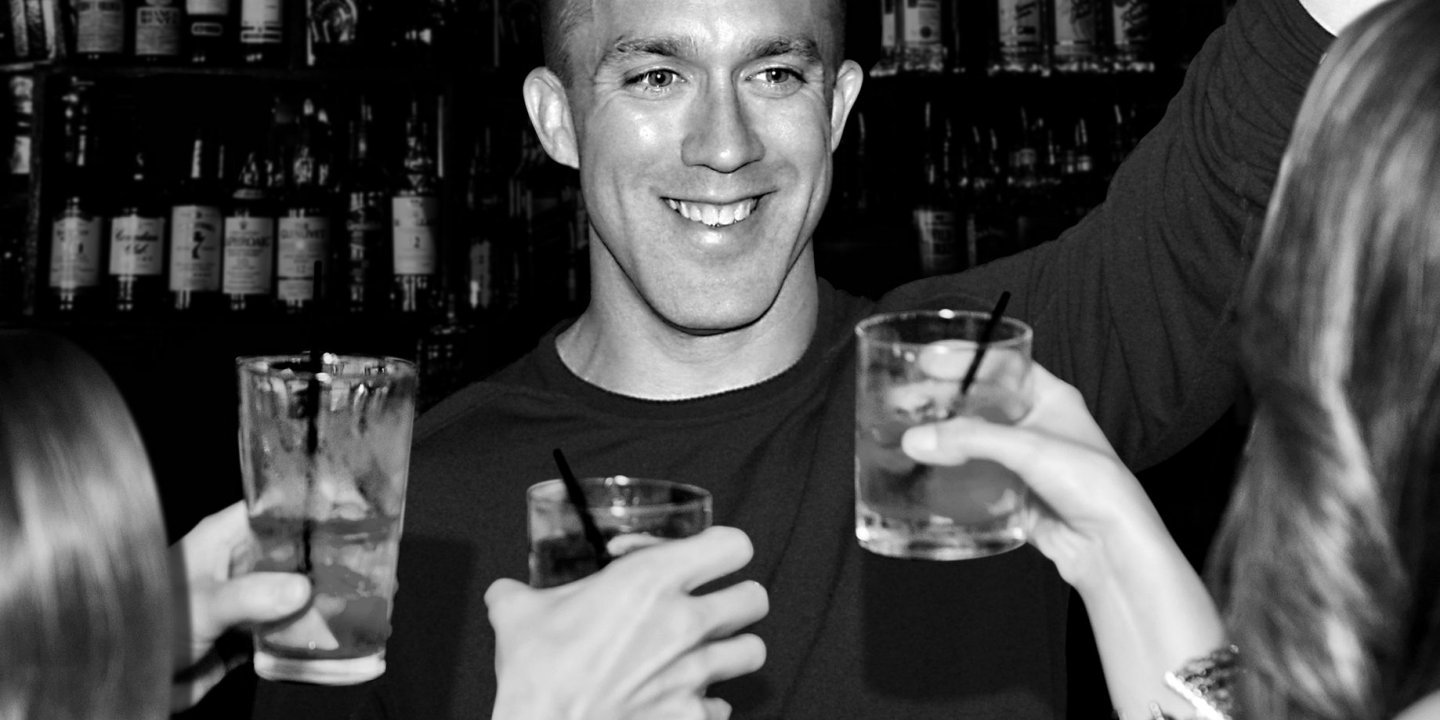 I’ll never forget the moment I first heard the word “fratire.” I was on the phone with Warren St. John answering some follow-up questions for his piece on me and Maddox that was to run in the NY Times Style Section. I am paraphrasing, but I think the conversation went like this:

Tucker “So Warren, you going to give our fledging genre a cool new name?”

Warren “Yeah, I was thinking of calling it ‘fratire.”

Tucker “Great Holy Jesus. Warren, that is awful. First off, I wasn’t in a fraternity. Neither was Maddox. In fact, none of the writers you are profiling in your article was in a frat. Please, call it anything else…uh, how about Dick Lit?”

Warren “I don’t think the Times will print that. We’re going with fratire.”

And there it was. I had the chance to kill the fratire name, had I just come up with something more printable than Dick Lit, but I failed. Sorry folks.

Slightly inaccurate titles aside, “fratire” is not what the pundits and bloggers would have you believe. That is why I decided to write this piece; I was tired of people who hadn’t read our writing passing judgment on it and defining it in a way that served their ideological interests to the detriment of ours. It is time to set the record straight.

First off, if you have not read anything written by the two main players in the “fratire” genre, Maddox and I, then either go read at least some of our writing, or permanently excuse yourself from the debate. If you don’t want to buy our books, you can get plenty of free material on our sites. Mine is here, www.TuckerMax.com, and Maddox’s is here, www.thebestpageintheuniverse. com.

Seems easy enough, the idea that one should actually read what a person writes before commenting on their work? Well, perhaps not surprisingly, most of our critics have not bothered with that meddlesome detail. They spend 30 seconds surfing around, catch a glimpse of the word “bitch,” see some sentence about “drunken sex” or a rant about Maddox’s girlfriend changing the oil, and decide that’s all they need to read, they have completely figured us out, and we are quite obviously [misogynists/alcoholics/immature/pseudo-frat boys/vengeful/insert your favorite adjective here].

It is difficult to claim that, as a group, we are any one thing. The simple fact is that the fratirists are a set of very different writers with very different styles and messages. I am single, I like to have sex with lots of different women, I like to drink with my friends and have a good time and then write about it. That’s all I do; write true short stories about my nights out acting like an average twenty something. Maddox has had the same girlfriend for five years, rarely drinks, and likes to play computer games. Instead, he writes satire pieces mocking children’s artwork, and vegetarians. Another writer in the genre, Robert Hamburger, has an ingeniously subversive site and book devoted to how sweet ninjas are. A fourth, Frank Rich, writes exclusively about drinking and alcohol.

If our voices are so different, why is it that we have been lumped together under fratire? What is the common bond? It is very simple: Fratire is, at it’s essence, nothing more than men writing about being men in an honest and authentic way. I know that doesn’t seem all that radical, but sadly, in the PC world that we now live in, it very much is.

Of course, First Wave feminism was a substantial human advancement. Aside from universal suffrage, only the rule of law and the scientific method have done more to advance the human condition. Second Wave feminism was also necessary at the time it began. It threw off the stifling societal bonds limiting women’s ability to be who they wanted to be and advance in fields they choose. However, Second Wave feminism went too far in some ways. While many women did want to take advantage of the new paths available to them and become scientists or CEO’s, many did not, and they didn’t enjoy feeling like failures simply because they chose to be stay-at-home moms or strippers or whatever.

Why does any of this matter? Because feminism did not evolve in a vacuum. It interacted with and affected masculinity. Entire books could be written about this, but in short, men–especially in the media–reacted to Second Wave feminism by emasculating themselves and adopting a PC attitude that apologizes for nothing more than men being men. This attitude peaked in the early 90’s (around the same time that Third Wave feminism started). The idea that men had to pay not only for the sins of our fathers, but had to suffer for simply being a man became pervasive in mainstream media.

When any pendulum swings too far to one side, it eventually has to start coming back. The first major player to refuse to buckle to this trend was Howard Stern. The demand for such a voice was so strong that by simply refusing to kowtow to the PC police, he became the “King of All Media.” This is where fratire comes in. While Maddox and I are not Howard Stern, we do represent some of the first internet players in this anti-PC revolt, and fratire as a genre represents the non-mainstream literary reaction to the feminization of masculinity.

Masculinity is starting to slowly coming back in vogue, but the fight is only beginning. The fact is, at this point in entertainment history, the Second Wave feminists are the gatekeepers of media. The women who grew up in the 60’s are now in charge, and they quite literally run shit. By itself that is not a problem, but these 50-year-old women who hold so many positions of power in media companies have personal preferences that do not reflect many American attitudes. Fratire exists as a genre because people are hungry for someone to tell it like it actually is instead of how these women (and men to some extent) want it to be. There is a large and untapped segment of the American populace that want men to act like men, but the MSM, which is run by Second Wave feminists, doesn’t get this yet. They aren’t in touch anymore.

(As a slight aside, I would go so far as to say that many feminists, especially Second Wave feminists, actually HATE women. Not the minority of women who agree with them, but the majority of actual women in the world, the ones who wax their legs and wear high heels, who distance themselves from radical feminism and actually like men. The hard-core Second Wave feminists think so little of women that they are compelled to control them, tell them what’s acceptable to read or enjoy or think is funny and dictate whom it’s permissible to be attracted to, i.e. to tell them that they are supposed to hate Maddox and I because we aren’t pussy-whipped sycophants. Well fuck that. It is not an accident that at 30-40% of our fans are women. Ladies, unlike the feminist illuminati who disparage your personal choices when they don’t fall into line with their radical views, I will not ignore and disregard your decisions. I am glad you are reading my work and I personally welcome you as fans.)

This is not an issue of fratire writers being internet based and thus disregarded by the mainstream. Ana Marie Cox (Wonkette) got a two book deal with an advance over $500,000. Jessica Cutler (Washintonienne) got an advance of $240,000. My advance? $7500. Maddox’s? $7500. How did that turn out for the publishing world?

My book, “I Hope They Serve Beer In Hell” (www.ihopetheyservebeerinhell. com), just passed 60,000 books sold (in only six months) and spent two weeks as a NY Times Best Seller (and that was literally without one single book review in any publication of note). According to Book Scan, Ana Marie Cox (Dog Days) and Jessica Cutler (Washingtonienne) have-COMBINED-sold less than half that. And of course, neither ever hit any best seller list (Maddox’s numbers aren’t known, but he debuted at #4 on the NY Times Best Seller List, so I think we can safely say he will eventually outsell all of us).

What does all this mean? Well, aside from my ranting to get this off my chest, it means one very simple thing: Don’t believe the anti-fratire hype. If you read my work or Maddox’s work or any of the other fratire authors and dislike our writing on it’s merits, that is fine. Though fratire has a large audience, it’s not for everyone. But don’t dis the genre because you think that it’s anti-woman or misogynistic; it is not. At least give us the respect of judging our work as it is, not as some reactionary who hasn’t read it thinks it is.

Let me be even more clear: The last thing I want to do is define fratire in opposition to women or to feminism. It is not an accident that 30-40% of my fans are women. I do not imply that men’s interests run counter to women’s, or even that masculinity and feminism are mutually exclusive. They are not. Nor does fratire hold that feminism is bad, or that men are “superior” to women in some unspecified way. In fact, I very much agree with the basic tenet of feminism–that women are legally and morally equal to men and should have every opportunity that men do.

True masculinity is not about opposing femininity. In fact, femininity is essential to masculinity; it is the yin to our yang. Any real man values and desires women in his life, but men also want to stop being told that it’s not OK to be a man.

Of course, this begs the question: What does it mean to be a man?

Honestly, I don’t know the answer to that question. I definitely like to think of myself as a man, but I do not think that I am the model or definition of manhood that everyone should aspire to. Even though I cannot define manhood, I do know that we will never define it if we cannot discuss it openly and freely, without fear of being castigated or vilified for exploring the boundaries of these issues.

Just like Third Wave feminism arose to enable women to explore and define the different meanings femininity can have to different people, so has fratire spawned from the recesses of the internet to allow men to do the same thing with masculinity. At it’s core, fratire is just that: A literary genre that unapologetically lets men be men…whatever it is that means.