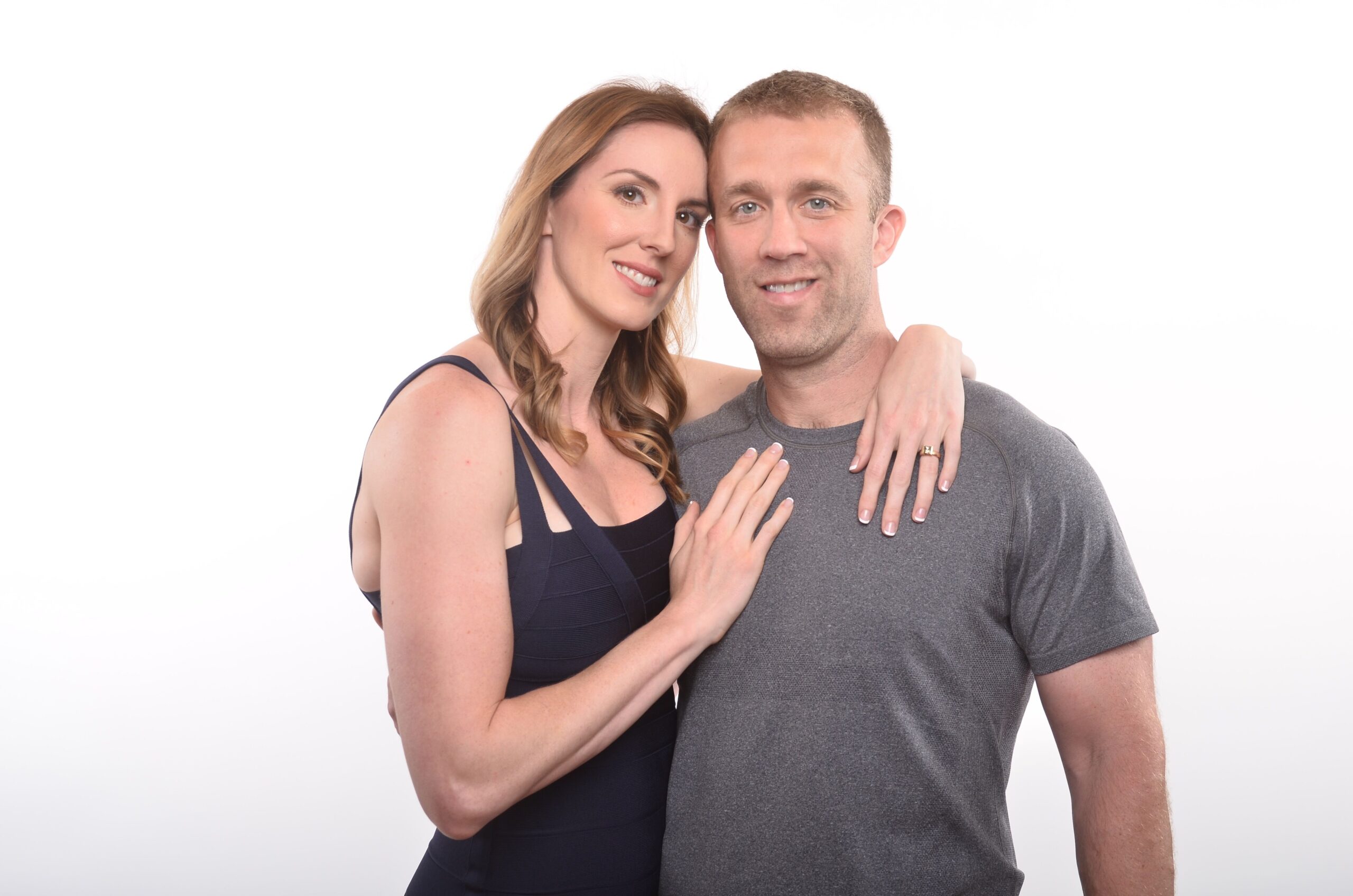 Seriously: who the fuck am I to tell you how to start a company? What do I know?

Well, I’ve done it myself several times, and the story of my most recent start-up shows every principle in action.

It all started with a simple question from a frustrated entrepreneur.

“I want a book, but I don’t have the time to write it, and the normal publishing process is too frustrating. Is there another way? How can I get a book done, but not have to deal with all of this?”

She asked me these questions because I am uniquely qualified to answer them. I’m both a writer (I’ve written three #1 NY Times Bestsellers) and an entrepreneur (I started and exited a new model for a publishing company). Because of these facts, I got some version of this question on a nearly daily basis, and I had a canned answer to get out of these conversations as quickly as possible.

I usually told people that sitting down to write the book is not an optional part of the process–in fact, it’s the very point of the process–and that they can’t have something (a book) without doing the work necessary to create it (write it).

I usually said it in a disdainful tone, sneering at the laziness of people who presume that books are something they can just “get” without having to do the hard work. I often threw in some version of the snide “everyone wants to be a star, but no one wants to do the work” remark.

Melissa Gonzalez, the entrepreneur who asked me the question, was different. She was a very successful and intelligent woman who’d done incredible things, all of which required a lot of hard work, and the dinner where we met was full of people just like that.

I ignored this fact and, fully bathing in my writer’s arrogance, I gave her my usual canned speech about “hard work” and “the difficulty being part of the process.”

When she rolled her eyes at me, and interrupted:

Melissa: “You’re an entrepreneur, right?”
Tucker: “Yeah, of course.”
Melissa: “I’m an entrepreneur too, and the most important thing I do is solve problems. Can you solve my problem, or are you just going to lecture me about hard work?”

This was a straight up call-out…and she was exactly right.

I was not just talking to some schmoe. This woman knew those lessons–she’d built her own successful business, in an extremely competitive field no less (retail). And here I was at dinner with 30+ entrepreneurs all more successful than I am, and I was lecturing one of them about hard work instead of thinking of a way to solve her problem, like an entrepreneur should.

I have seen the embarrassed amateur in the room, and he is me.

I was too flustered to think of a solution in the moment, so I told her I would be in touch.

Because I got called out–and I was so clearly, embarrassingly wrong–I ended up obsessing over her problem for weeks. All I kept coming back to was there was no way to write a book without putting in the time to write it. The writing is part of the process, that’s why it’s called WRITING a book.

I eventually gave up on finding a solution, and a few days later–after I’d stopped thinking about it, of course–the solution hit me, like a lightning strike:

Is there a way to get her ideas out of her head and into a book without her writing?

I went back to first principles and started unpacking all of this in my head with a little one-man Socratic method:

Q. Where does writing come into this process?
A. Writing is how ideas get out of the author’s head and into the books.

Q. Is there another way besides writing to get an idea out of the author’s head?
A. Of course there is–talking!!

Q. Can an author use talking to get their ideas into a book, instead of writing?
A. Can Melissa just talk about her ideas to me, and have me write them down for her?

Hell yes! In fact, this is how Socrates, and Jesus and Buddha and Malcolm X got their words into books, why can’t it work for other people?

I refined the idea in my head, and then called Melissa:

Tucker: “What if I told you that I can take you from idea, to a professionally published, completely finished book for sale on Amazon and everywhere else, and all you have to do is talk?”
Melissa: “I’d say that sounds great, and I want to do it.”

The problem was that I didn’t really have a precise process to do this and, quite honestly, I wasn’t sure this was going to work. But like Melissa said, this is what entrepreneurship is about: solving a problem.

So I connected with a former employee of mine, Zach Obront, and the three of us decided to collaborate on this project, to test it and see what would happen.

It took a lot of work, but we finally found something that worked. Here’s the basic step-by-step process we came up with:

Start to finish, the whole process took about 8 months (that was because it was the first time we did it; now it takes about 5 months to go from idea to publishing date, and sometimes less).

As we were working through this process, I told a few people about this idea, and all of them loved the idea.

Yeah, yeah, everyone loves every start-up idea, until it comes time to pay, right?

Except two of them did pay. Like…with real money…that they gave us to do the same thing with them.

A few weeks later, I went on a podcast to talk about a whole different subject. During that podcast, I talked about this idea for 20 minutes, sort of by accident. Off of that single episode, we sold six more packages, which meant eight packages sold before we even confirmed to ourselves that we would offer this as a service to customers.

Zach and I decided to call the company “Book In A Box” (its now called Scribe) and officially started offering the services to customers in August 2014. In our two months, we did more than 200k in revenue.

When you’re selling a product before you even formally offer it to anyone, you’re onto something. That’s pretty much the ultimate definition of product-market fit.

That is what it looks like when your start-up actually solves real problems!!

At that time, I had a different publishing services company, and some other side projects I was working on, and though most of it was OK, it was nothing like this. I shelved it all. Zach and I stumbled on a rocketship, and you don’t get many of these in life. We needed to hop on and ride it. Now I focus on Book In A Box full time (in fact, that is what this series is about–my transition to running a real company).

What’s really cool, at least to me, is how excited I am about this company. Not just because it’s making money. Yes, money is great, but in this case the money is only the proof of what matters in a new start-up: that you’re creating real value for real people, by solving their real problems.

Scribe does that–a lot of people really want to turn their idea into a book, but they don’t have the time, ability, or patience to do it the conventional way. We solve their problem. And even better, we solve their problem in a way that’s easier and cheaper and more effective than any other potential solution.

Take ghostwriting, for example. To hire a ghostwriter, you’re going to pay at least $60k for a decent one (and $75-$150k for a good one). You have no guarantees of quality or fidelity of process with them, and they don’t do anything but help you write the book manuscript–no publishing, no marketing, no distribution, no book cover, nothing. You have to pay for all that separately, from different places.

We launched the company 18 months ago, and the market has spoken; we’ve signed 200+ authors, and have 50+ books already out.

The company is growing exponentially, not because the idea is “good,” but because we solve a real problem that a lot of people have.

That’s great, but you know what my overwhelming emotion is right now, even more than excitement?

I’m embarrassed because people have been asking me the question “How do I write a book” for almost a decade, and my answer that whole time has been some version of elitist sneering at their lack of work ethic.

I was just thinking about myself, and my identity as a “writer,” about the “right” way to write a book. I was thinking like the type of person I always claim to hate–the one who says the status quo is the only way, that you have to do it “the way it’s always been done.”

It took Melissa calling me out about my own hubris and self-centered thinking to break me out of that thinking pattern.

The sad fact is, the idea AND the technology for Book In A Box existed at least six years ago, maybe even eight. I could have started this a LONG time ago, but I was too arrogant and fixed in my notions of what a “writer” had to be in order to see it.

I don’t know the answer. This makes me wonder how much of being an entrepreneur is really learning the “skills.”

I think this has much more to do with a mindset. A way of both looking at yourself, and looking at the world, and most importantly, the way you look at your place in the world.

In short, I had to realize that it wasn’t about me. I had to stop being so stupidly selfish and wrapped up in myself, before I could even start to see that this wasn’t about what I thought about “being a writer” and “doing the hard work.” It was about solving her problem, to get her ideas into a book, so that she could share them with other people who wanted to know them.

As soon as I got into that mindset–that it wasn’t about me, it was about her and solving her problem–then it was almost right away that I found a solution.

That might be the ultimate key to all entrepreneurship: it’s not about you, it’s about what you’re doing to solve problems.

What It’s Like to Play Basketball With Obama
August 28, 2019