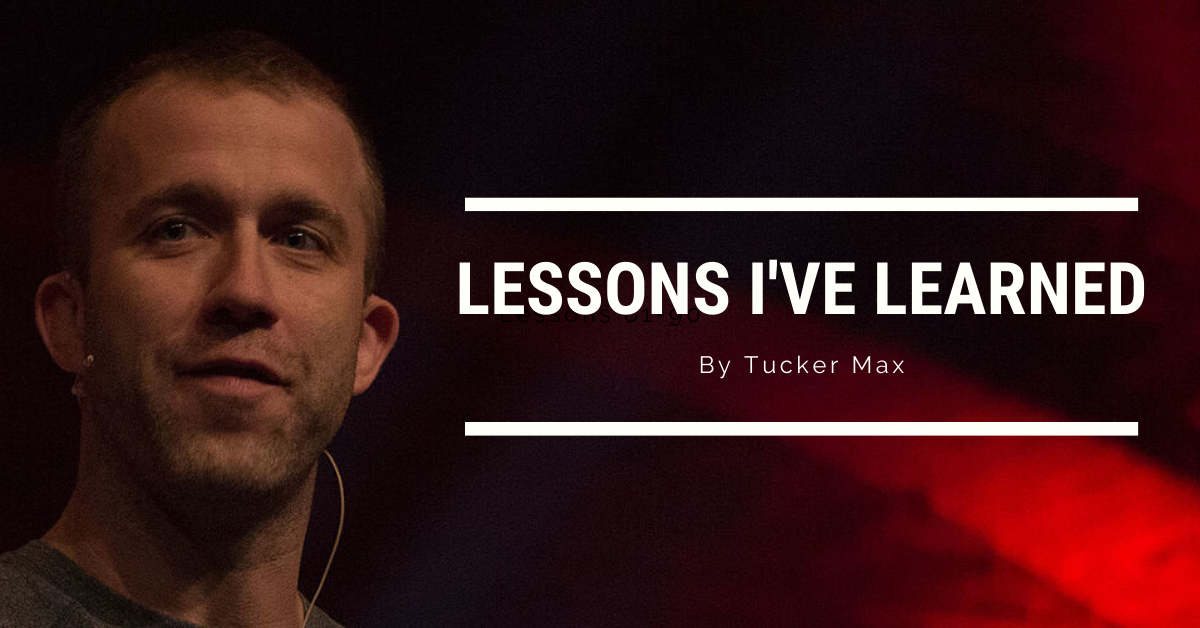 I used to try to save people. To convince them they could succeed. To inspire them to take action in their lives.

I thought I was doing it to help them, but I was fooling myself. It was selfish (and arrogant).

I was doing this to avoid my own issues.

I now see that most people in stagnant and unhealthy lives chose those lives. I can’t change them (nor should I).

Change requires belief it can happen, plus willingness to take action in the face of pain. People must find this in themselves.

Instead, I now focus on myself and my work.

The rest is up to them.

I pair forgiveness with boundaries.

If someone wronged me, I forgive them. This is for me, so I can let go of the hurt I am choosing to carry over their action.

But after I forgive, I put up appropriate boundaries with them, to ensure the same thing doesn’t happen again.

In every field I’ve learn deeply, I discover 90%+ of people are clueless. They imitate, mimic & play act with no idea what’s really going on.

The one exception is MMA/BJJ. Getting punched in the face has a clarifying effect on bullshit.

The more someone guilt-trips or shames me, the more ashamed they are of that part of themselves.

What they project onto me, they are hiding from.

‪They project it on me to be distant from it, but still process it in themselves.

It’s a defense mechanism for them; they are making me their scape goat.

They get to feel good without admitting their own flaws.

Once I learned this, I saw it everywhere.

The more seriously I take my feelings and the more time I spend to understand them in depth, the quicker I see through lies, humiliations and manipulations, and the easier it is for me to resist them, and find my own truth. (h/t Alice Miller)

Behind every almost every criticism of mine is an unmet desire.

If I say “I want” I put myself out there. I can be rejected.

Instead, I often criticize.

What others “didn’t do” or “did wrong” is safer and easier than owning my own needs and wants.

This was a hard lesson to see about myself.

When I get unsolicited advice, I ask people what they did in my situation, how it worked for them, and what else they considered. ‬‪Those questions usually uncover one of the 5 above issues, and I know I can ignore them. ‬‪

People with good advice usually wait to be asked, then give information, not advice.

I never assume I know what people mean, until I’ve heard them fully express themselves.

I used to assume I got their point and start answering before they finish. I was right 70% of the time, but not only did interrupting cause them to feel unheard, the other 30% of the time, I was wrong.

Now I (try to be) patient and listen until they are done speaking, which is often when the real meaning comes out.

I cannot convince anyone that the story in their head isn’t true.

I can only offer them a new story, one that is so good it replaces the old one.

I won’t usually change until I’m most sick and tired of my own bullshit.

When I’m fed up with the lies I tell myself and worn out by the pain I’m holding onto, that’s when I create real change in my life.

That’s often what it takes to accept whatever hard truth I was avoiding.